Day of Remembrance for all Victims of Chemical Warfare 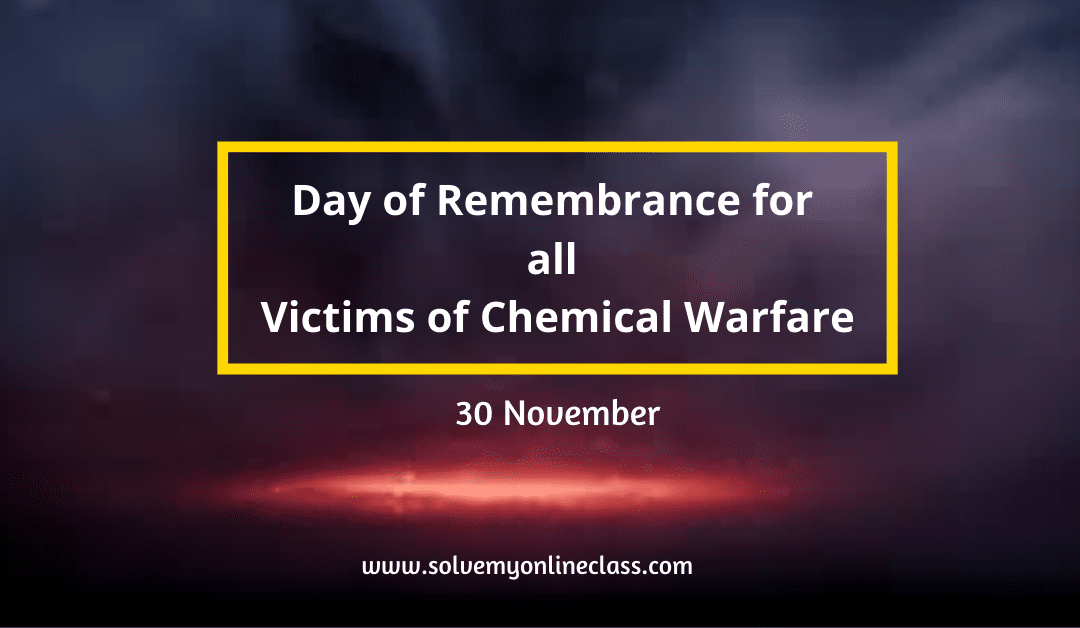 Day of Remembrance for all Victims of Chemical Warfare

The United Nations declared the Day of Remembrance for all the Victims of Chemical Warfare in November of 2005. It has since been praised on April 29th, a similar date on which the Chemical Weapons Convention went into power in 1997.

The day expects to obliterate compound weapons and further increase adherence to the Convention’s articles to accomplish a more secure and more serene world.