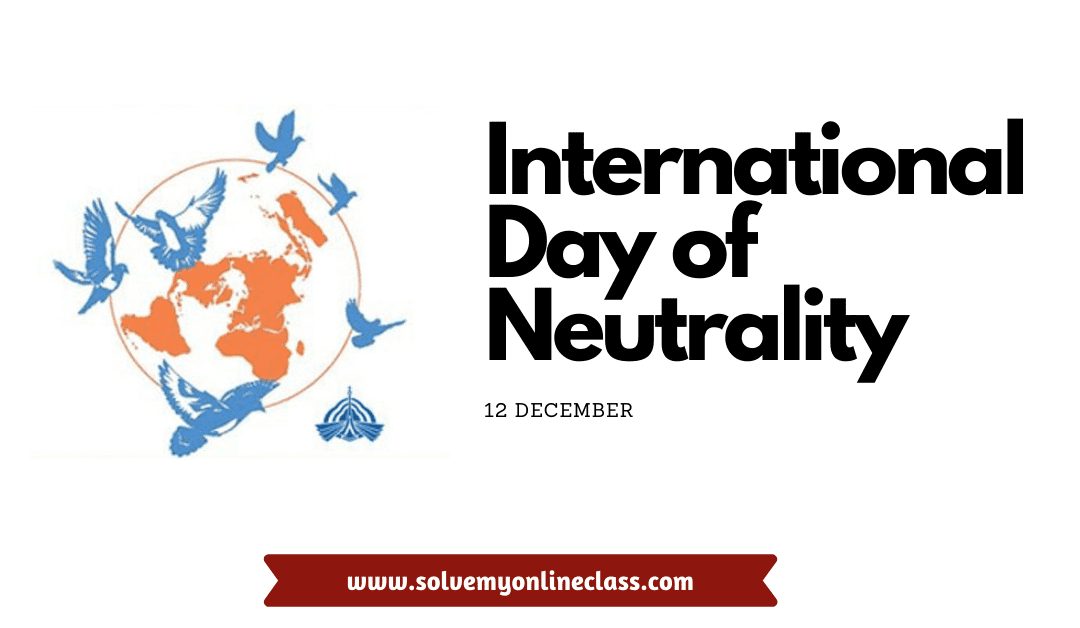 Neutrality  observed on 12 December every year, characterized as the lawful status emerging from the abstention of a state from all investment in a battle between different states.

Even with political pressure and raising emergencies, it is vital to maintain the standards of sway and the sovereign balance of States.

The previously mentioned GA recommends that the UN Secretary-General keep on collaborating intimately with the nonpartisan states, with the end goal of actualizing the standards of preventive discretion and using them in the intervention exercises.