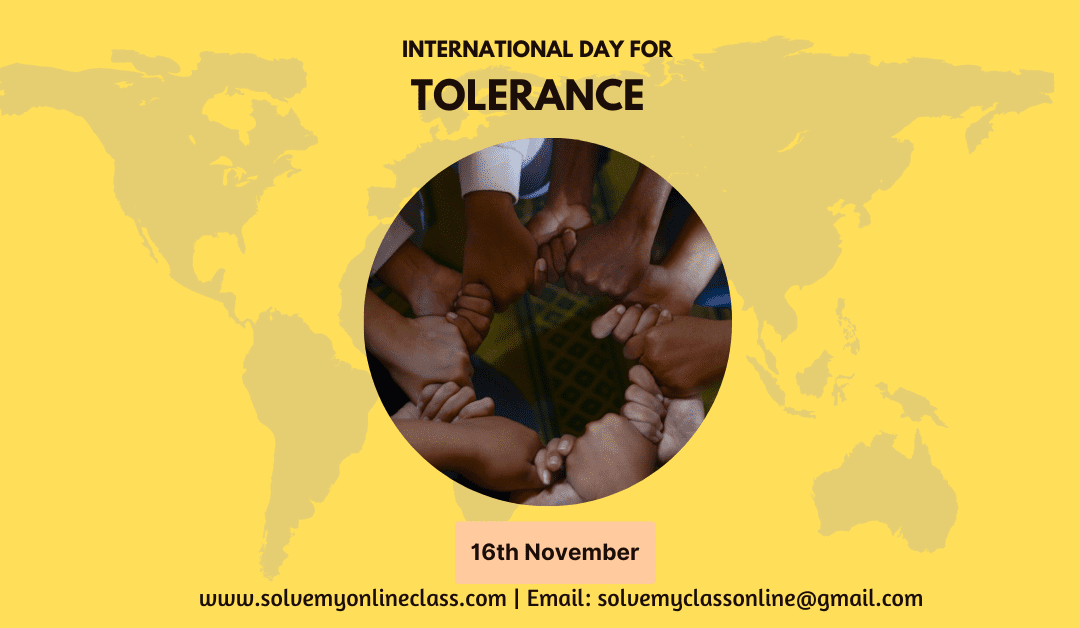 Tolerance is a form of expression, a way of being human, and the rich diversity of our world’s cultures is respected, accepted, and appreciated.

The Declaration states that Tolerance is neither indulgence nor indifference.

Tolerance acknowledges the fundamental freedoms of others and universal human rights. In every region in the world, people are naturally diverse, and only Tolerance ensures the survival of all communities.

On the 125th birth anniversary of Mahatma Gandhi, the Madanjeet Singh prize was established at the moment of the United Nations Year for Tolerance in 1995.

UNESCO Member states in the year 1995 adopted the Declaration of Principles on Tolerance.

Timeline for International Day For Tolerance